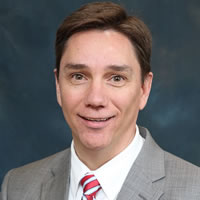 Brian has served in several senior leadership roles, including Chief Information Officer, Deputy CIO, and Healthcare Executive in the Fortune 500, Healthcare and public sector spaces. He is known for delivering innovative and user-friendly solutions to the business partners and customers he serves.

Prior to his executive roles, he gained experience in and recognition for dependable performance improvement, leadership, program management and solution innovations. Brian has 20 years experience in technology and healthcare. He has been featured in several publications including the Harvard Business Review, and was recently named one of the Top 100 Chief Information Technology Officers by Richtopia.  He is a regular contributor to CIO Online, the greater IDG organization, and Technative digital publications. He is also a Founding Fellow for the American College of Healthcare Trustees.

Brian holds a degree in Computer Science from the University of Phoenix and an MBA from Baker University. Additionally, he has obtained the following certificates:

Tomas is a software architect and programmer and started working in electronics and programming at an early age. While studying at university, he started building the company ELEDUS, which develops and manufactures its own X-rays and CT for industrial inspections. This endeavor eventually led him to the field of digitalization of the industry, which is now his focus and passion.

One of the focus areas he is currently working on is the application of blockchain and the creation of software tools related to it.

He is also the creator of DogeFT.com the first NFT Marketplace accepting Dogecoin only!

He was a part of the core team who developed and produced the first blockchain transactions for vehicle data adhering to Open Source specifications (MOBI VID Standard) in 2019, has written NFC and RFID transactions using privately hosted blockchain instances, and has an RFID embed in him.

Tony is true visionary and entrepreneur. He dreamed about his own chocolate factory. After 7 years of hard work he has own factory with semi-automated production of different chocolatey products.

He is involved in the system of the supply chains in the Food Industry and very skilled in Mechanical engineering of production devices.

His knowledge is helping for design of new models of supply chain data management and design of new architectures for the franchising.